What Are Dad Jeans? And Some More About This Vintage Style

When the fashion world was full of Normcore three or four years ago, it seemed like Dad Jeans wouldn’t last long. And why should they do it? Nobody used them because they liked the shape.

Instead, they existed as a silly and ironic symbol of the 90s, or more precisely, as a middle class who achieved a higher degree of stability and followed the rules of adulthood.

This apparent dichotomy between youth and adulthood disappeared in 2000 and 2010. The great recession delayed the careers of many young adults. The rise in debt made it nearly impossible to pay rent, let alone a mortgage. 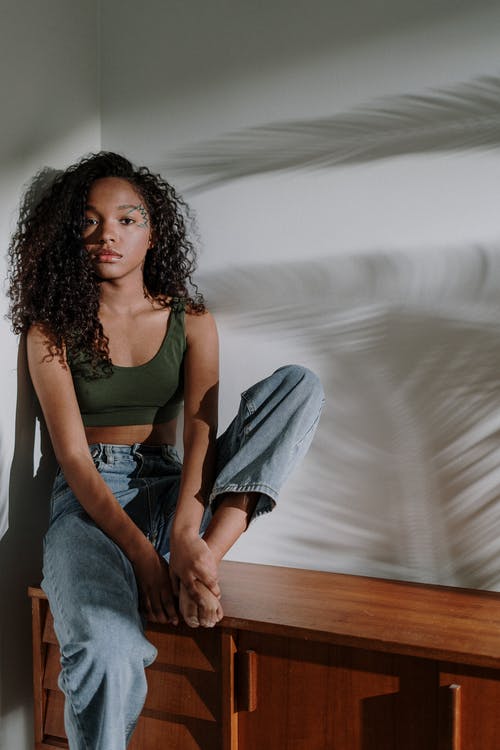 And men and women saw no need to change their style from low-waisted jeans and crop tops to scruffy pleated pants and baggy polo shirts. Today you will see women and men in their thirties wearing short silhouettes and not settling for a realistic look.

Papa’s jeans, on the other hand, are the product of a bygone cultural and economic era that we all view with curiosity. While high-waisted pants are making a comeback, they remain a viable fashion item.

What Are Dad Jeans?

In 2013, the New York Times stated that Papa Jeans would return. “No way,” said everyone who was in style at the time. “You are terrible.”

Normcore had not yet taken off. By contrast, photos of President Barack Obama showed him in higher-waisted jeans and chinos, often in a button-down shirt. For twentysomethings, it was a relapse into the apparent stability of their youth and a symbol for a bourgeois father figure: knowledgeable and experienced, but frankly a ball of grain.

Until 2016, it wasn’t unusual to see dad’s trends popping up on the runways.

Called ‘Normcore’ and hand in hand with Gorpcore, which is comprising of hiking and outdoor clothing, this ‘Papa’ style featured tapered jeans that were often washed or faded, as well as a relaxed striped or coloured shirt. Smooth with a button. Chunky sneakers reminiscent of a crisscross pair of New Balance sneakers and unstructured dad hats also faded slightly, suggesting wear and practicality.

Balenciaga took it to the runway, and other brands followed suit.

But last year, the chunky sneaker trend officially died out, and “daddy caps” have returned to regular baseball caps compared to structured snapbacks. However, Daddy jeans did not match anything else. Instead, it’s a pair of pants that:

to appear stonewashed or to seem as if you’re wearing and washing them for the past decade. As such, dad jeans should never feel stiff, like raw denim, or have too saturated of a hue.

There’s no modern update other than sporty-cut jeans, which we’ll get to in a moment. Instead, it retains all aspects of its ’90s and’ 90s, including the pure cotton construction and a tapered leg, and looks like a historical piece that never went out of style.

Up to one size:

We don’t intend to touch the rib cage or need braces. Instead of falling just above the hips or slightly above the hips like men’s jeans and trousers in the past two decades, they meet at the waist and taper somewhat to do so. At the same time, they are not wrinkled. 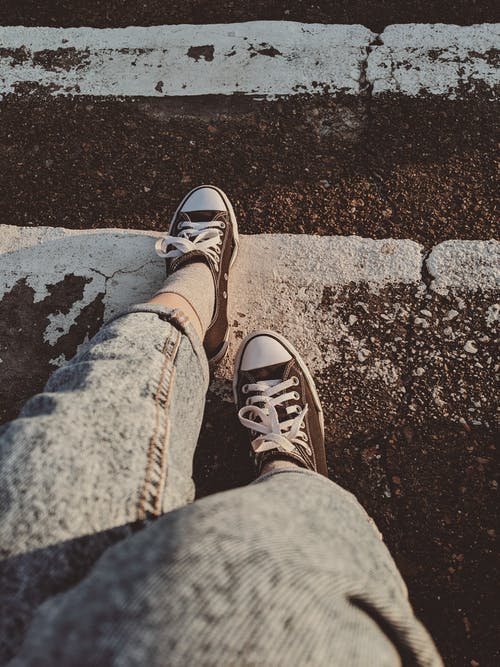 You can, in theory, buy a pair from any retailer, preferably a couple intended for a practical consumer or a middle-aged consumer. These pants are often ankle-length and should therefore not be hemming or have a boot cut that slightly overlaps the shoes. Instead of being polished, ornate, slender, slender or worn, this is the full embodiment of the utility style.

We don’t mean discolored or desperate. Denim, on the other hand, is light enough to look washed out or as if it had been worn and laundered for the last decade. Therefore, dad’s jeans should never be stiff like raw denim or too saturated. 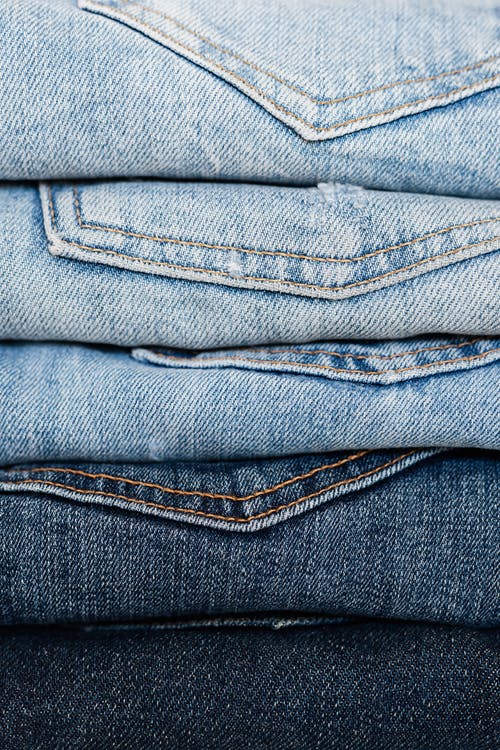 It’s all about the details:

Classic jeans, for example, have tight, visible seams and a few folds. Real Daddy’s jeans have this double stitching with contrasting threads and textures along the seams. If you need to get technical, the belt also has seven loops instead of five.

It has a tapered leg:

However, these jeans are not skinny. On the other hand, the pant leg has some space and tapers to the ankle where it doesn’t fall. Boot cut and jeans with wider legs and a higher waist also fall under the jeans for dad category. 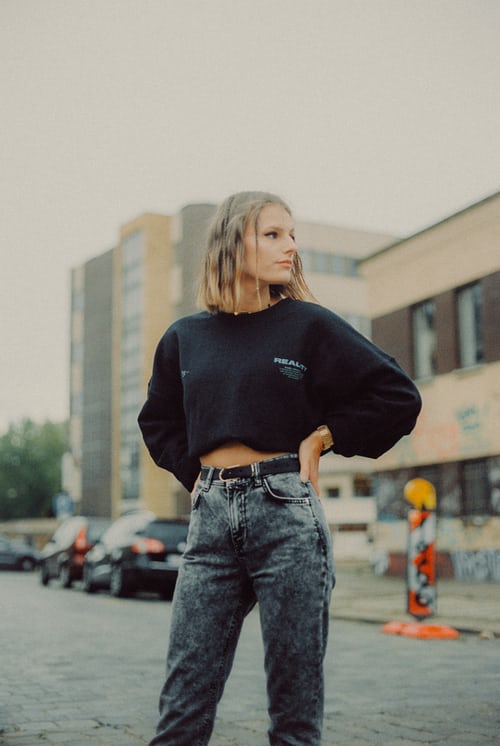 Because of the latter aspect, there is some debate about whether or not someone should tie daddy’s jeans when they are already hitting hard. But especially when men regularly connect their chinos and shorts, they always have their moment. We say, “Why not?”

Make sure your pants are a little longer to tie daddy’s jeans, but not completely loose. Then create a two-finger crease and roll it twice. With a cuff, the jeans should be just above the ankles and boots, but not much higher.

Where do you get Dad jeans

Getting daddy jeans isn’t like seeing a 70s polyester stiff neck shirt that’s vintage. Instead, you have a few options:

Whether it’s Costco, Target, JCPenney, or Kohl’s, a retailer who cares about someone looking for an everyday, casual basics (read, not trendy) typically wears modern daddy’s jeans that aren’t essentials have changed the way they used to be—designed in the 80s and 90s.

All kinds of thrift stores, from thrift stores to consignment stores and vintage stores, sell daddy jeans in their most accurate form. Unlike modern daddy’s jeans, they’re unlikely to have a hint of spandex in them, so they feel as flexible as you’re used to. 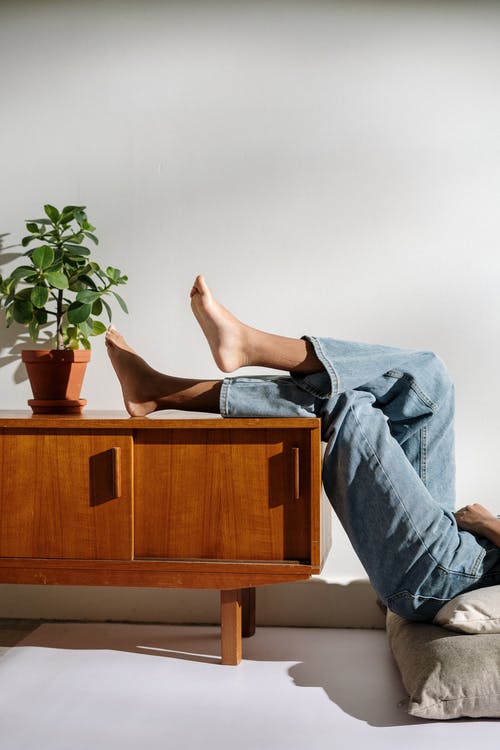 On the contrary, the material is a bit more rigid even when washed. If you are vintage, keep in mind that you need to know your actual measurements, be prepared to buy a size or two of your usual size, and try all of this as the dresser size is for men and women. Applies to women’s clothing.

Also, the waist is not that high while the leg is not that narrow. At the same time, the sporty cut jeans look more practical and less new for a more current version.

Also Read: The Finest Sundresses To Wear In Spring And Summer